Please can all hoodie payments be made by the end of the school day on Tuesday 3rd May.

Payments can be made via the School Gateway.

We have a large Tupperware container which was left in school following the fun run.

Writer of the Week: Esme, Lucy, Riley, Freddie & Josh B

David Appleyard was recently elected as our new federation chair of governors. This followed the resignation of Bernard Leeden, who has now gone to live nearer his daughter in Whitchurch. Those of you who knew Bernard over the years will know what a difficult decision this was for him, as he is passionate about the schools and the villages and worked tirelessly to support us to get the very best outcomes for our children.  We are full of gratitude for all the time he gave us.

David has been on our governing board for 7 years now and has a son in year one and another due to start school in September at Baschurch. You can find out more about our governing body under the Teams section of our website, where you will also find contact details for them should you ever need to get in touch.

After 13 years, five of which have been across Myddle and Baschurch, Lorraine Knight has decided to take early retirement. We will sadly be losing Lorraine at the end of May so that she can spend more time with her family, looking after her grandchildren, cycling and going on holiday among other things!

Lorraine has been an valued part of our leadership team and ensured that both schools have gone from strength to strength over the years. Her careful budgeting, planning and foresight have been integral in securing a 7th classroom to be built at Baschurch, increasing to 4 full time classes at Myddle, running our own nursery at Myddle, managing our own catering teams, the upcoming remodelling of the entrance at Myddle and numerous other projects which have benefitted our children and staff over the years.  We will really miss Lorraine and I hope you will be able to call in and wish her well over the next few weeks before she leaves.

Yesterday, we interveiwed for a new SBM and had a very strong field of applicants. We are delighted to announce that the strongest candidate was Nicky Cadman, and she will take over from Lorraine after May half term. Nicky has worked at Baschurch for nine years and has covered in the office at Myddle several times so is well known to all staff, but is looking forward to getting to know the wider school communities better as she develops into the role.

Star of the Week :
Jaguar – All of the readers in Church at the Easter Service
Rhino -Sarah, Katheryn & Sorrel
Tiger – Sebastian
Panda – Rhiannon

A Big Thank you to the PTA who have given each child an Easter surprise to bring home.

All the staff at school wish you a very Happy Easter and a relaxing break. We look forward to welcoming the children back to school on Monday 25th April. 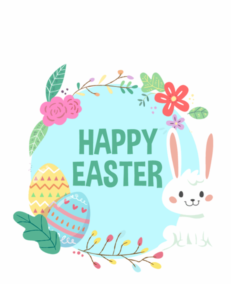 Please can we ask that all children arrive before 9am ready for registration and the dinner register.

Anyone arriving after 9am will be marked on the register as late and may miss out on their preferred dinner choice.

This website uses cookies to improve your experience while you navigate through the website. Out of these, the cookies that are categorized as necessary are stored on your browser as they are essential for the working of basic functionalities of the website. We also use third-party cookies that help us analyze and understand how you use this website. These cookies will be stored in your browser only with your consent. You also have the option to opt-out of these cookies. But opting out of some of these cookies may affect your browsing experience.
Necessary Always Enabled
Necessary cookies are absolutely essential for the website to function properly. This category only includes cookies that ensures basic functionalities and security features of the website. These cookies do not store any personal information.
Non-necessary
Any cookies that may not be particularly necessary for the website to function and is used specifically to collect user personal data via analytics, ads, other embedded contents are termed as non-necessary cookies. It is mandatory to procure user consent prior to running these cookies on your website.
SAVE & ACCEPT